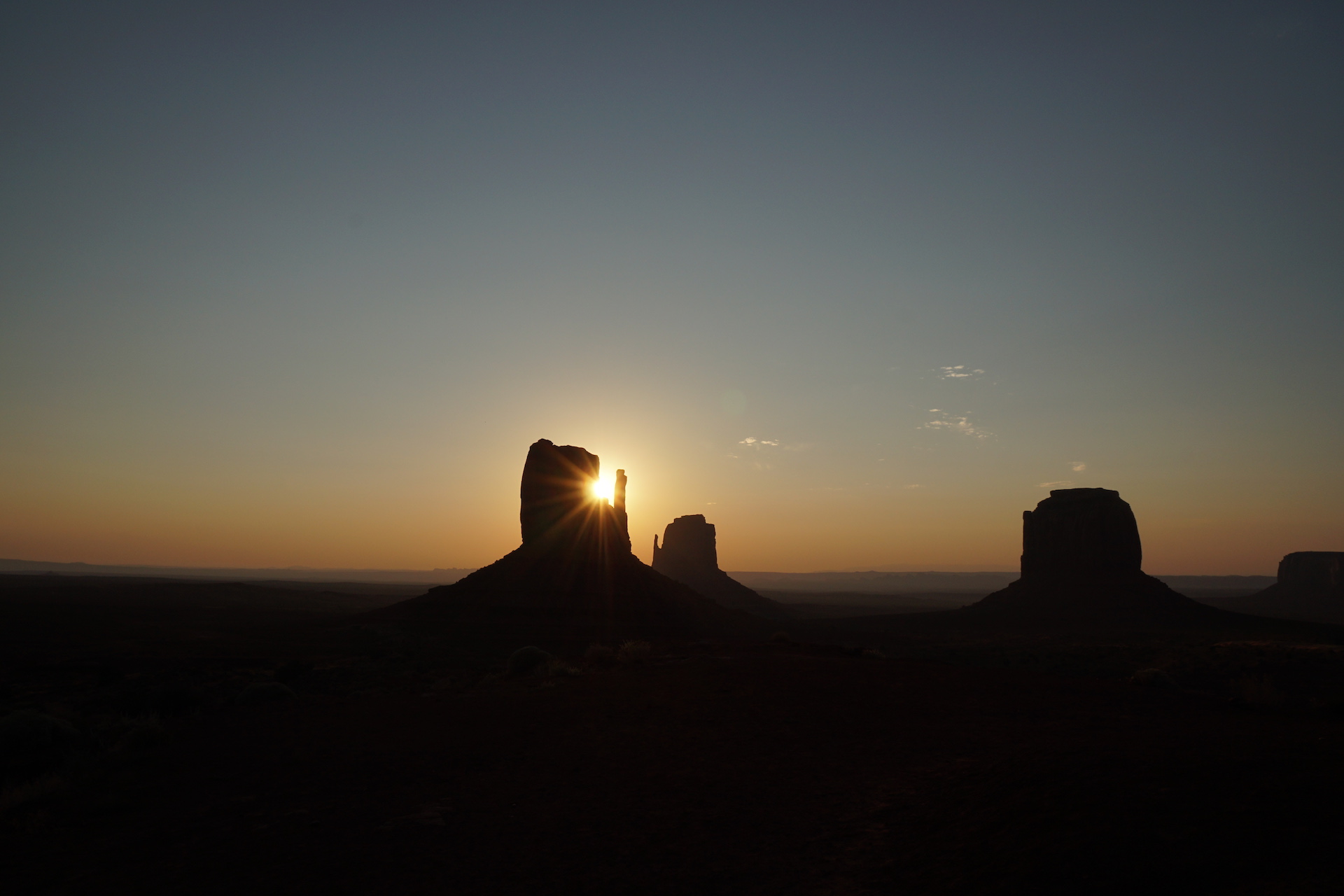 In August 2017 we travelled for nearly 4 weeks through the US.  We visited Yosemite National Park, Death Valley, Bryce Canyon, Grand Canyon, Arches and Monument Valley. The last was certainly one of the most memorable ones.

We started our trip in Seattle, moving to the area around Madras to experience the solar eclipse on August 21, 2017. You cannot describe the feeling when watching the eclipse, but majestic will probably fit best. After the eclipse (10:20 pm) we drove to our next destination. What we didn’t count for was that everybody left at the same time ending up in a monster traffic jam when passing the city of Madras. It lasted 16 hours before we start really driving again. Definitely the longest traffic jam I ever experienced.

After the eclipse we headed, via Lake Tahoe, for Yosemite Park. From here we started the classical round that most people will do:

My favourite was to camp one night at the rim of Monument Valley and watch the Sunset and Sunrise from the veranda of our little wood cabin. Really worth it.